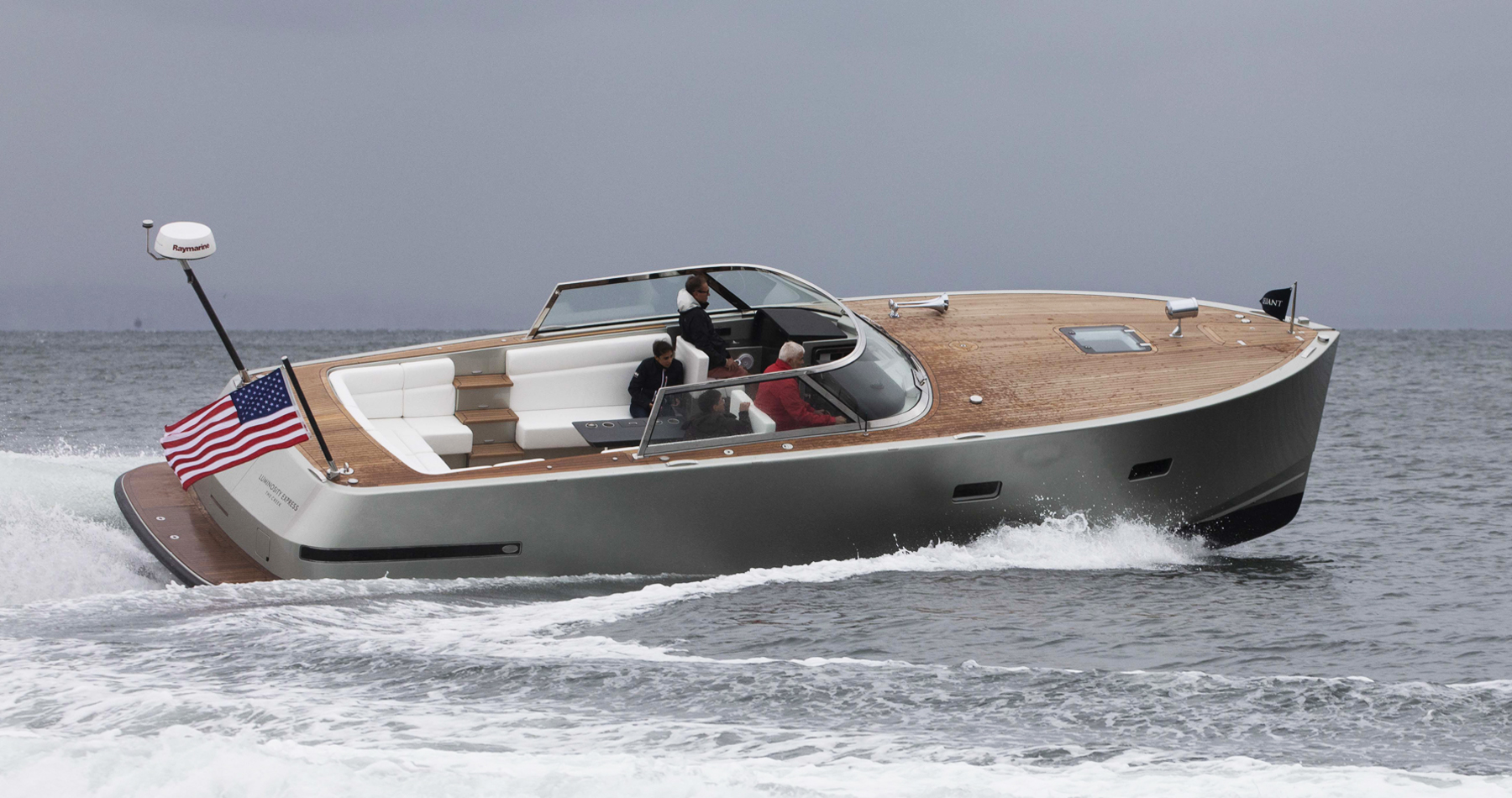 “We followed fundamental principles—impeccable use of scale and proportion, attention to detail in both styling and performance, and careful execution of the build.”

The X40 Express is a modern, robust, and luxurious interpretation of the classic express design. One glance at the raked, wrap-around windscreen and flush deck forward make it clear that Reliant Yachts partners Dave MacFarlane and Jim Ewing have produced something different in this custom 40-foot, 40-knot speedster.

The X40’s profile makes a statement with its plumb bow and straight, clean lines, accentuated by the cambered teak deck. Framing that deck is an extraordinary, uninterrupted, low-profile cap rail painted the same metallic silver as the hull. Yet the X40 makes another statement entirely when the carbon-fiber hardtop is removed, turning a coupe into a convertible.

Reliant refined every detail to maximize space for the living quarters, which for this client meant working within the dimensions of the superyacht tender garage in which the X40 would live. The pay-off is a warm inviting stateroom, head, shower and galley. One of the key decisions made along the way was to choose Konrad 660b Stern Drives, which are powered by a pair of Cummins QSB 6.7 480s. The stern drives lift up before the boat slides through the garage door of its mothership.

Initial sea trials near Istanbul in light winds and calm seas proved that the X40 could run at 40 knots, topping out at 40.7 knots at 3300 rpm. The boat handled well and cruised comfortably between 27 and 33 knots.

The hull was fabricated by Reliant’s engineers and craftsmen using a time-tested epoxy, cold-molded wood laminate married to a super-light carbon fiber deck supporting a classic teak surface. Details of the extraordinary deck include Sea Smart flush deck fills, retracting deck cleats, and a pair of receptacles for removable stanchions that help passengers step safely aboard and ashore.

A deep cockpit provides safe, secure, comfortable seating in high-backed, leather-upholstered bench seats for eight or more. Forward-facing seats for helmsman and co-pilot provide clear sight lines and have flip-up bolsters to make leaning against the seats as comfortable as sitting in them.

At the helm, a pair of bright Raymarine Glass Bridge monitors (15.4 inches each) are set against a high-tech, flat-black, carbon-fiber dashboard. In turn, the carbon contrasts with the varnished wood both in the steering wheel and a sturdy handhold at the turn to the companionway. A full suite of Raymarine electronics include radar, autopilot, GPS, AIS, VHF, depth and speed instruments.

Hatches, cabinetry and hardware throughout the boat are flush-mounted so there’s little to trip on or bang into. Underlying Reliant’s emphasis on a clean, almost spare aesthetic, there’s much more to the X40 than first meets the eye.

In the master stateroom, 12 drawers and cabinets provide ample storage space for weekend cruises. In the helm area, a Yacht Controller joystick sits just aft of the throttles, and the controls for a Seakeeper 3 can be found close by, together promising exceptional maneuverability and stability. There’s an Onan generator, SidePower bow thruster, Webasto air-conditioning, and a state-of-the-art entertainment system.

In reviewing the overall project, designer Jim Ewing says, “We followed fundamental principles—impeccable use of scale and proportion, attention to detail in both styling and performance, and careful execution of the build.” 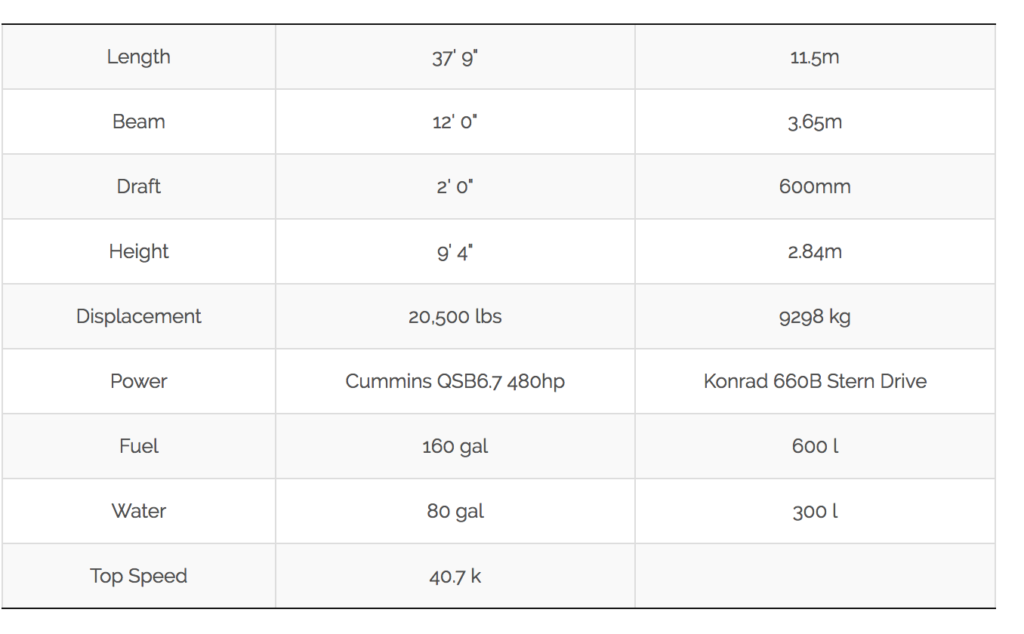